Meet Our Board of Directors

Chairman of the Board

A chartered accountant, Mr. York began his professional career with Ward Mallette, Chartered Accountants, before joining Giant Tiger Stores, a regional retail chain that grew under his leadership into a national, billion-dollar company. During his 20-years with Giant Tiger, he served as President and CEO of the company for 10 years.

Mr. York is an active member of the Young Presidents Organization and has been involved in that executive network since 2002. As co-founder and Chairman of the Board of Focus Graphite, Mr. York is an active director in terms of shaping the company’s business growth and development. He graduated from Princeton in 1986 with a degree in Economics and obtained his Chartered Accountant designation in 1989.

Jeffrey York is currently CEO of Farm Boy, an Ontario-based food store chain known for its quality products and farm fresh produce. Farm Boy was named one of the best-managed companies in Canada in 2011. He also serves as chairman of Focus Graphite. 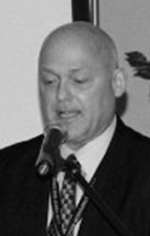 Marc-André Bernier is a professional geoscientist (P.Geo.) (Ontario and Québec) and he currently holds the position of Chief Geoscientist with the Table jamésienne de concertation minière, a not-for-profit organization acting as senior mining industry adviser to the James Bay territory regional government of northern Quebec.

Mr. Bernier holds an undergraduate degree (B.Sc.H.) in geology from the University of Ottawa and a post-graduate degree (M.Sc.) in the Earth Sciences focusing on applied Quaternary geology, soil sciences and exploration geochemistry from McGill University. His professional experience, which spans 29 years, has focused chiefly on the design, implementation and/or management of multidisciplinary (industry, government and academia) research projects in aid of regional and international mineral potential assessment initiatives.

Mr. Bernier is a director of Focus Graphite Inc., Mincom Capital Inc., and Majescor Resources Inc.; and he is Vice-President of the Board of Directors of the Société d’Aide au Développement des Collectivités de Chibougamau-Chapais, a Canada Economic Development initiative for Quebec Regions. 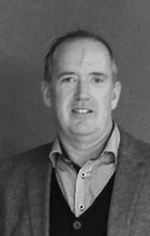